Transitional Provisions under GST regarding Cenvat Credit.
By CA Nitin Goel
While much has already been spoken about the seamless flow of credit under the GST regime by the GST campaigners, any transition to a new law should be impartial for the migrating tax payers to ensure its smooth acceptability. The transitional provisions covered in Section 140 to Section 142 of the CGST Bill, 2017 give clarity relating to events that may not have been finished as on the appointed day like closing balance of CENVAT credit, goods in transit, material sent for job work, stock of exempted goods which have now become taxable, etc. However, at the same time, these provisions also leave certain areas of doubt that would throw up certain challenges. The Article below summarizes the transitional provisions relating to CENVAT credit and input tax credit as per the CGST Bill, 2017 and UTGST Bill, 2017 as approved by the Lok Sabha on 29 March 2017.

E- Commerce, a term unheard of a few years ago has now become “Apnidukaan” in the words of Amazon. On one hand, consumers get the advantage of comparing wide variety of products and their prices from the comfort of their homes, while on the other, E Commerce provides the seller an opportunity to grow their businesses beyond the brick and

As per Sub-Section 5 of Section 140 of CGST Act, 2017 a registered person shall be entitled to take credit of eligible duties and taxes in respect of inputs or input services received on or after the appointed day but the duty or tax in respect of which has been paid by the supplier under the existing law. 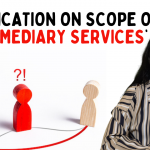 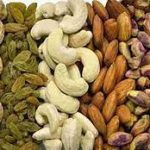 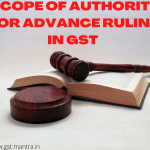